Nature and well-being: aerotherapy in Sardinia

Regenera the body with a beach holiday in one of our holiday homes in Sardinia, the island of health.

The air care, better known as aerotherapy, has ancient origins and has experienced a period of recovery and development since '800. Effective to prevent and treat many infections, the aeroterapia provides, among other things, evidence of diaphragmatic breathing; it belly breathing and chest out in contrast to the usually recommended in gyms and barracks around the world.

According to this technique in breathing you have to have the sensation of air filling the intestines and stomach; by doing so you will get benefits on behavior, on the heart, liver and, according to the German doctor Karl Saller, also on the sexual organs.

In addition, the anti-stress effect which is obtained precisely using the diaphragm that allows the elimination of stress and growth of the sense of security as demonstrated by Dr. Erwin Seeligmüller. In ancient times, Egyptians, Greeks, Romans and Aztecs already knew and practiced bath nudist air. Even Benjamin Franklin practiced it to pursue a calming effect in a natural way. In general lines the aerotherapy is useful for insomnia and stress.

The therapeutic effect of the air bath you can get after just 15 minutes, although longer times certainly make it more effective. then simply enjoy long walks on the beach or inland in areas rich in aromatic essences (thyme, mint, rosemary, sage, lavender and so on.). Under this perspective, the coast of Valledoria offers wonderful routes with breathtaking scenery surrounded by lush Mediterranean woodland of native trees.

Exposure to the air along the cliffs and in particular along the coasts of windswept islands such as Sardinia, allowing a pleasant natural aerosols that helps fight and prevent colds, problems with blood circulation and fatigue. Iodine, in fact, combined with oxygen, water and mineral salts favors the breathing, the quality of the skin and the physical and mental well being in general.. 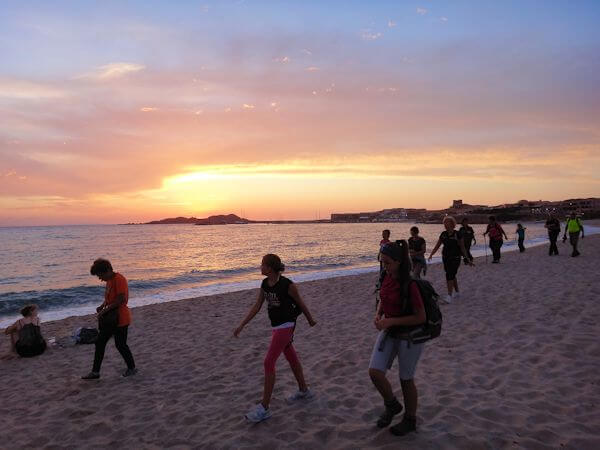 If you choose to expose yourself to air in the evening or early morning, will then be followed by the sweet air bath a hot shower and a massage with olive oil. In case of rain, nothing is lost. The air benefits are added to those of the water and natural ozone.

In the Gulf of Asinara, from Castelsardo to Santa Teresa through Valledoria the air is always clean throughout the year, the absence of chimneys and low population density make the smog an irrelevant factor!

The latter exposed to the air is able to eliminate toxins and harmful elements in a natural way.

Exposure to air makes it possible to expel carbon dioxide, acids, sweats and so unhindered thus freeing the liver and kidneys. The skin expands its pores even getting a rejuvenating effect. The beneficial effect, in other words, you get the whole organism as fully described in the past by Drs Rikli, Rollier and Priessnitz.